I unfortunately will not be able to get the full game, but thank you! The demo is like a full game in itself! Most developers make a small short demo that you can play for ~10 minutes, but this is game you can play for days on end! Thank you!

what about ps4 it is not on there

Aground launched on PS4 on February 11th - same time as switch and xbox: https://store.playstation.com/en-us/product/UP5223-CUSA25789_00-USAAGROUNDFULL00

I have a question , Is the demo gonna get updates or that's it for the demo if we excluded bug fixes

Just asking for a friend

We're not adding new content to the demo, it already has a lot compared to most demos. But it will continue to get bugfixes.

Picked it up yesterday on Switch and I've played for several hours already. Then I found out I could get it here, so did that as well. I'm really enjoying it.

After sending that, I started playing a new game on my computer (I wonder if save syncing will be allowed across consoles as well as computers? Or is it already and I missed it?) and was up until 2:30 this morning, only going to bed because I was making mistakes.

I beat the demo

i am bored cause i don't know wat to do next

i had full dragon gear then...

my dad cleared the cashe and i lost it all

Yeah its a good game.

Yes, People Still Play This Quite a Bit!

I am also included 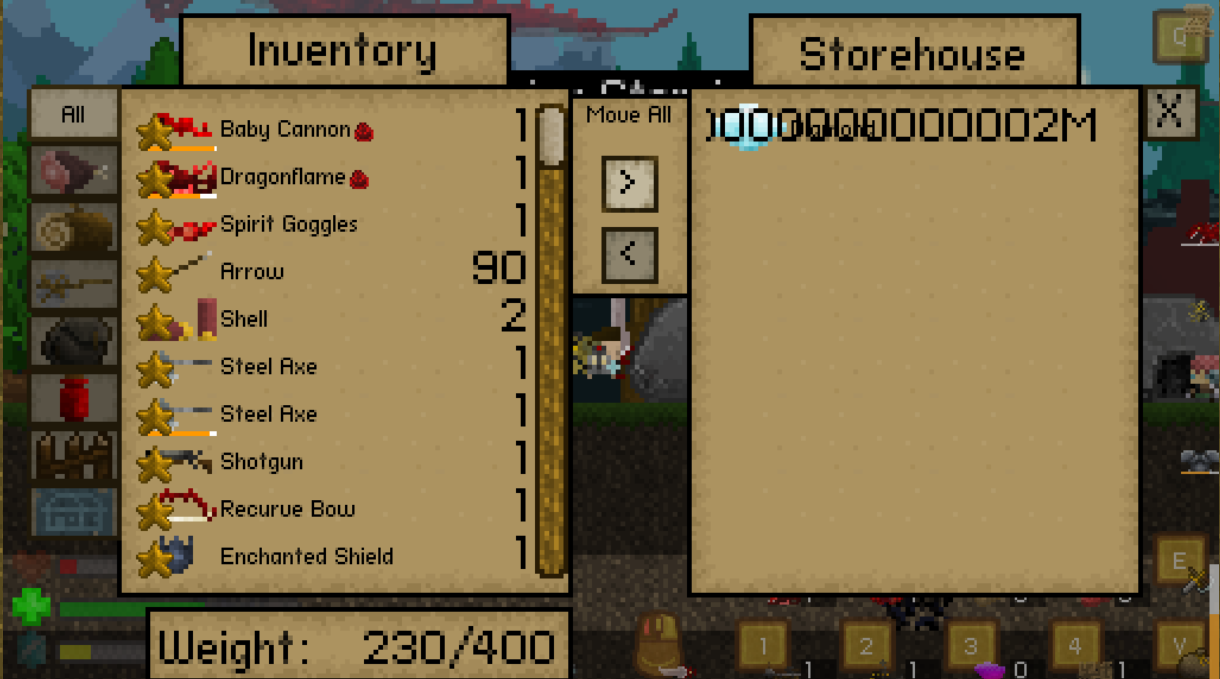 P.s.s replace diamond with any item, and the number with the wanted quantity

P.S.S.S if you want to make it a chest then replace storehouse with chest, and both structure with object

P.S.S.S.S.S press Ctrl+Shit+D then you can open up the log, which you can then type commands! (ok I will actually stop now)

P.S magic Boxes Contain every single item in the game , Infinite amount of it too , including magic tools

Reply
just a programer78 days ago

PLEASE MAKE 64 BIT VERSION FOR EVERYONE WITH 64 BIT PLEAAAAAAASSSSSEEEEE

Aground runs on 64-bit computers. For Windows, it's 32-bit but runs fine. For Mac, it's 64-bit as mac no longer supports 32-bit. For Linux, it's 32-bit but in the download notes it tells you what libraries you have to install to run it on a 64-bit linux OS.

Reply
just a programer70 days ago

OK thx a lot now i can play with my friend

Why is the boss fight with the alchemist SO LONG!

If you used elemental weapons it will end pretty quickly , if you are not on 1 hit difficulty

You go to the tent/hut thing and it says game saved!

Don't worry about it

i how to get jetpack

Either Buy it from the merchant that comes at night in the Tech-Islands that i forget it is name ,or go explore the underground desert in that island

I recommend Using the dragon for transportation

Nah kill it for food

this is soooooo good

My video on this game.

have you planted any easter eggs

The full version of the game is downloadable only (HTML5 was struggling to do everything I wanted). There's a PC, mac and linux version though - and I know some people have gotten the linux version running on chromebooks with linux beta.

It'll probably way too late to bring this up, but just in case that there is going to be another update to the game I just wanted to ask to consider adding seperate blueprints for a Spacehouse Kitchen (and maybe also seperate upgrade blueprints for storehouses and docks). Towards the end of the game (if there ever is one) I'd like to construct something like a village with all the different structures the game offers all bundled together. Yet it won't allow me to have a House-kitchen and a Spacehouse on the same island at the same time.

Another thing with the Spacehouse: there's no short video where the main characters sit together in their newly built Spacehouse. Similar to the ones we got after building the Hut and the House.

Also, there's nothing on Earth for the Hunter to hunt. (In case you opt to settle down on Earth).

Wow, I just discovered the Spirit Detector. That will come in handy! Great tool. Crazy that I didn't think of that before.

Hi, thank you for putting up the festive decorations on the barn. Looks great. It must have been a very busy night having to put them up for every player. Maybe it could be fun if somewhere in some cave you'd find a chest full of these items and then be able to decorate any structure. JK.

I did however wanted to point out that once you've beaten the enemy and the colonists have settled down on Earth and you've built the spacehouse, the new structure behind it moves at different speed than the layer in front of it as well as the layer behind it. It's a little bit nauseating looking at it as your character walks by. It's like it moves on its own.

When I start the game, this is what I get: 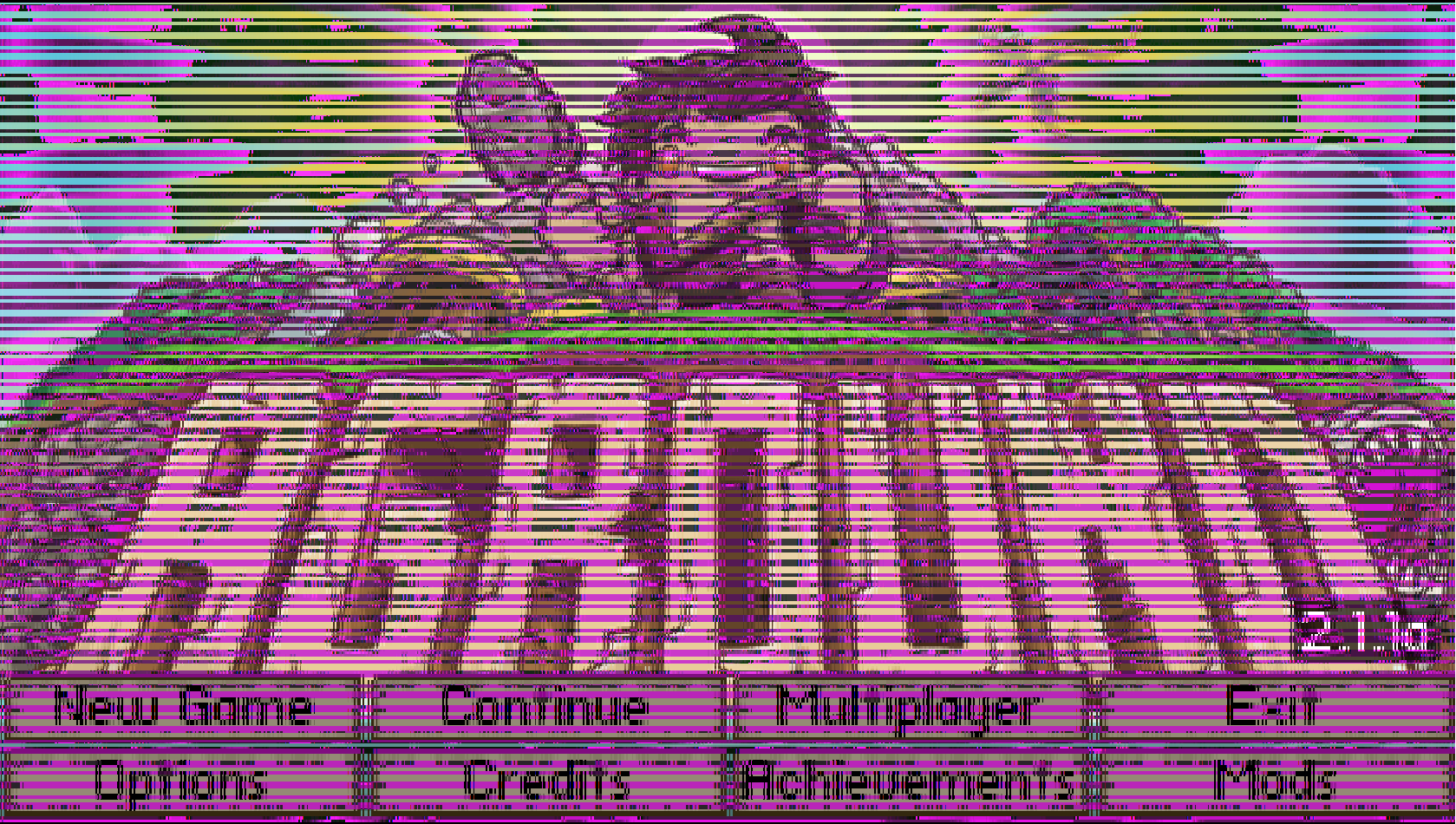 That's a graphics card issue. If the graphics card supports Aground, updating the driver will fix the issue (from the manufacturer's website - like nvidia, AMD or intel, as windows doesn't always get the latest version).

Hey, thanks for pointing me to my graphics card drivers. They were up to date, but I had to fiddle with a setting to specify my system use my good graphics card instead of the crappy built in one for Aground. Now, it's time to start a new game and explore that hybrid path!

When will the chrome version come out because I wasted 15 dollars because it doesn't work on chrome.

Hi. I'd like to thank you again for all the lovely updates. What a pearl this game has become!

Now for my problem. I'm in this game in which I've made a truce with the enemy, so it ended there. But now I'm trying to build homes everywhere and get all the ore from the ground. And I'm having trouble getting the second Bombardment Shield up on Earth. On Unoiks I've managed this (albeit after the first bombardment -I still haven't figured out what triggers it after the Old One is beaten, sometimes it takes quite a while and other times it's almost instantaneous. A hint here would be appreciated-) by bumping into the right NPC. On Earth I'm having less success. I tried a whole bunch of things: bringing the scientists over in the Mobile Lab, standing atop the mountain with all necessary materials and calling them up. No response. There was another game in which I managed to get both shields up. Yet I forgot how I did that. Would you be so kind to give me a hint?

I've also noticed that the Truce Machine doesn't run out of "juice". Will this change in the future? So that a truce may expire and the battle reignites??

The Mechanic (NPC) will offer to build the bombardment shield on earth, but only if you set earth as your homeworld (otherwise it's not really needed).

quick question how does one have a baby dragon in the lair? I've tried unequiping them or having them equiped. i don't know what to do

I don't think you can. I think you can only put Young Dragons and Adult Dragons in there. My apologies if this turns out to be incorrect (haven't touched this game in a week, time to get back on and beat it for the 100th time). I'll let you know if this can be done.

Amazing game. Enjoyed the demo a lot (might've "cheated" a bit using Ctrl+Shift+D when it was pointless for me to continue to restart and beat the demo). Won't be able to get the full version but I had a lot of fun nevertheless.

I had a file saved on the FancyFishGames website. When i tried to continue to play, it asks me if I want to overwrite it. What do I do??

So, that means you have two saves in the same slot - one on the cloud, and one in your local saves. It will show both of them, just choose which one you want to keep. If you want both of them, hit X, export the save, and then reload the game and it will ask again and you can select the one from the cloud with the other one still exported.

Hey I bought this game about a year ago and I remember something about receiving a full version for those who supported the early version I've been unable to actually play it for a long time as I've been on chrome book and I'm not smart enough to use Linux. Is there any  limit to how long your progress on the aground server thing is saved?

There's no limit - the saves will stay there until you delete them. Steam is pretty easy to install on chromebooks right now (see this video: https://www.youtube.com/watch?v=IGWRD_U9FSs ), and it will install all dependencies needed to run Aground - so it might be easier to install using steam than trying to run the linux executable directly (you should have a steam key with your itch.io purchase).

Will the game ever be coming to console?

Yes, it's currently being ported and should be released by the end of 2020 - I'll announce more details as we get closer.

Hi, I LOVE this game and the first time I played the demo i couldn't get enough of it. I really want to buy it, but i can't download games on my laptop. If I buy the game, can I play the purchased  on browser?

Ah ok, I greatly appreciate you replying to my question. I am greatly impressed with your game as I saw in the DEMO version. In just that i saw a great set of gameplay that really traps the player. I found it nearly impossible to put down once I started. I saw similarities to other games i played, but despite that it has its own personality that makes it a diamond among emeralds. Thank you for all the work you have done on this and other your games.

You're welcome! Thank you for playing!

can you jump? how do you jump?

Reply
just a programer65 days ago